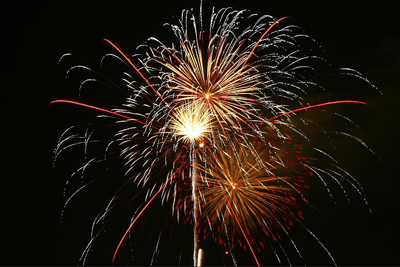 Just about every July 4th, I’m reminded of a holiday weekend in the late 1980’s, when I was just a pup. Well, not a “pup”, but a young respiratory therapist working in homecare and enjoying the Monday-Friday routine with no weekends, no holidays, and no night shifts. As an RT, to be in your late 20’s, and achieve a job with no shift work and no holidays was pretty amazing. I had mentors from the local hospitals that were my parent’s generation who were still working every other weekend and still working shifts and holidays. This particular July 4th fell on a Monday or a Friday (I don’t remember which), meaning there was a three-day weekend associated with it. Picnics, fireworks, getting together with friends, and a trip to the lake were all on the schedule. For the first time since college, I wasn’t going to be working a night shift or a holiday day over this important summer holiday!

Of course, there was this little issue of “the beeper”. I was on call for emergencies. Even though issues could certainly come up, it was not like working night shift and I was looking forward to not missing a single event over this momentous holiday. It had all the makings of an epic weekend and I was feeling pretty proud of myself and where I was in terms of my career, my good fortune, and my position at the local DME.

DME in the late 1980’s was a different animal. Equipment was not as sophisticated as today. At that point, there was no home CPAP. The typical homecare RT would set up and do clinical and equipment maintenance visits on oxygen concentrator patients. The concentrators required much more frequent service and monthly visits for ALL oxygen patients at home was the norm. Thankfully, reimbursement was better and these frequent visits allowed for excellent care and follow up. I had perhaps two or three hundred oxygen patients—most on concentrators, but some on liquid oxygen (google it, youngsters; it was a thing in the 80’s). It was also fairly typical for a DME to set up medication nebulizers. Again, reimbursement was much better and a DME would send out an RT to set up the nebulizer and instruct the family on use and care. And last of all—and most labor intensive of all—our DME provided in home ventilator care. We had a couple portable ventilators (nearly three times the size of today’s home ventilators, but still considered small by the standards of the day) and also a few longer-term patients who were on large Bennett machines. The Bennett MA-1, a staple of hospital ventilator market, was our machine of choice. They were roughly the size of a washer or dryer and had absolutely no battery. They plugged into electricity and when the electricity ran out, family was instructed to use a pressure cycled ventilator (similar to an IPPB machine) which could ventilate under most circumstances. There were also Ambu bags and patient’s caregivers knew that they might be required to use the bag until a generator could be started or an ambulance squad arrived.

It sounds worse than it was—the system actually worked pretty well most of the time.

I was one of three RT personnel covering about a 75-mile radius. We always had one RT on primary call, one on secondary call, and one enjoying the weekend or evening off. It was possible to go through an entire week without a single call out. It was also possible to get swamped with calls and put in full days on weekends. This particular holiday weekend, I was primary call, but I was feeling pretty optimistic about having an enjoyable and relaxing weekend.

The weekend started out pretty quiet. No calls on Saturday. Sunday started out with a quick run to troubleshoot a concentrator issue—practically in my backyard, so I was only gone about an hour. Later, my wife and I headed out to a family picnic at a cousin’s lake house, fingers crossed for a quiet late afternoon and evening of on call. About an hour after we got to the lake, just as we were loading a boat up to head out, the pager rang out. An hour away, an adult patient who used a ventilator about 85-90% of the time was out to another lake. The patient had brought the backup, pressure cycled ventilator “in case” and now realized he was going to need it. He and his family were fumbling with the circuit and couldn’t get it together. After about ten minutes of trying to talk them through the process over the phone, I realized I had to go out. Leaving my wife to enjoy the summer afternoon, I headed to another lake house 55 miles away.

Arriving, I found an ambulance squad parked in the driveway. My heart skipped a few beats as I hurried into the house. The patient was OK though, and a paramedic and two volunteer firemen along with family members were trying to assemble his ventilator circuit. Vent circuits in the 1980’s looked like a jumble of plastic tubes, metal connectors, one-way valves, and clips and plugs. RT’s are trained to put circuits together based on principles of physics, thinking through flow and pressure, and a little trial and error. While we assembled the circuit, the volunteer firemen took turns bagging the patient and administering oxygen. Several times while we were working, it was suggested that maybe it would be a good idea to head for the local hospital, but the patient was pretty adamant about not wanting to go and wanting to see the fireworks that night.

At long last, the circuit was finished and the patient was placed on his ventilator. I took an extra ten minutes to show the ambulance crew and family how to “bleed in” oxygen and talked them all through the principles of pressure cycled ventilation. My work done, I glanced outside to see dusk setting in. I asked to use the phone (cell phones were still a few years away) to call my wife and verify that I was going to head her way. She had enjoyed the evening and said she could catch a ride with a relative, so I wouldn’t have to drive quite as far. It was fine to just meet up at home.

Ready to say my good byes, I checked in on the patient again. He was propped up in a recliner on the front porch of the house, a ventilator and oxygen concentrator humming and clicking with each breath. He had a smile on his face and talked around the machine’s breath delivery to thank me. Then, a very nice and very memorable thing happened. His family invited me and the ambulance crew to stick around and watch the fireworks, which were being shot off over the lake. What the heck, I thought, and the ambulance crew had the same attitude. We pulled up lawn chairs, enjoyed the show, and even had hamburgers and hot dogs with the grateful and gracious family.

I remember it being one of the best 4th of Julys I ever experienced. I had to work and I missed most of my family’s gathering. But it truly reinforced what a great industry I worked in and helped me appreciate how special my job and the jobs of my fellow DME employees were. Our jobs are quite special for this very reason. We are the business of caring. And brother, business is booming!

I hope everyone has a happy Independence Day and a safe and enjoyable summer 2022!